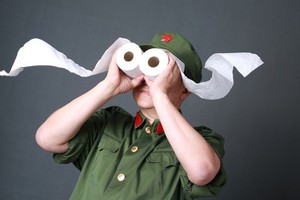 To a stranger, he’s a quirky Singaporean obsessed with toilets, but to those who know him he’s “Mr.Toilet,” a crusader in global sanitation. A former entrepreneur, Jack uses humor to campaign for something no one dares talk about: shit. It's a crisis that impacts over 2 billion people. Having established UN World Toilet Day, Sim plunges into his biggest challenge yet when he is asked to help implement Prime Ministers Modi's Promise of turning India into a defecation-free zone. But with few resources and no help from the government, Mr. Toilet discovers there is a price to pay for being the world's #2 hero.

"Zepeda’s film has a way of encouraging one to loosen up and recognize the real shit going on. Bathroom humor is rarely so effective."

"Mr. Toilet: The World’s #2 Man is a silly, but frequently smart look at a shitty global situation."